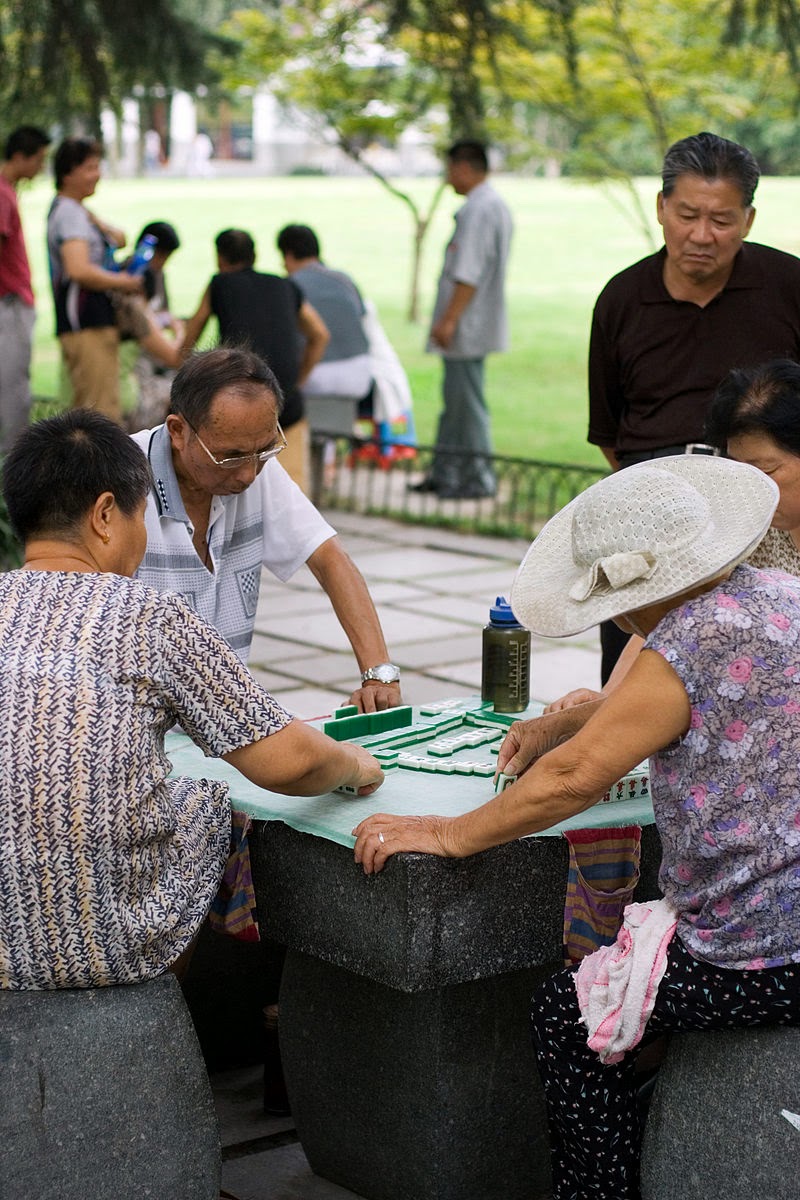 It has been said that, in both fun and geopolitics, Americans play simple checkers, Russians play the more challenging chess and the Chinese play the most complex game of all -- Mahjong.

Consequently, the Chinese counterfeiter is fluent and adept at using the inherent complexity of the international legal and technological system to hide financial assets, creating a confusing web of identities designed to mask illegal conduct through an elaborate web of anonymity and dead-ends.

The following is a classic "case in point" of just one such counterfeiter.

A Chinese national by the name of Lin resides in the city of Putian in the eastern Fujian province in the People's Republic of China.

Putian has over 3 million Chinese nationals living and working, a testament to the thriving international trade in counterfeit goods, as much of this city is dedicated to serving that industry through manufacture and distribution.

Lin receives an order for 3,000 pairs of white Nike sneakers from a merchant in Italy.  He has no idea how to make genuine Nike shoes, but pays no mind.

He takes a genuine pair of Nike tennis shoes, disassembles them, studies the stitching, creates his own CAD design on a computer, and oversees the production of 10,000 counterfeit pair using a cheap labor force, completing and shipping the order within a matter of days.  He can sell 3,000 of the goods for $15,000, and markets the remaining inventory of 7,000 pair for $50.00 per pair on the Internet.

The factory that Lin works in is a nondescript building with a street address that might be associated with several dozen other companies.  The entity that Lin manages might be called "Fujian Sneaker and Shoe Trading Company Limited," a Hong Kong-based limited liability company, at least on paper.

But if one were to actually order and translate a copy of Fujian Sneaker and Shoe Trading Company Limited's corporate documents on file in Hong Kong, one would not find any evidence of Lin or the Fujian factory.  Rather, an unknown individual named "Jing Kim" might be listed as the company's sole owner, along with a business address in Beijing, one that has no clear ties to Lin's factory.

Furthermore, assume that Lin's counterfeit goods are openly sold to customers and distributors on a commercial website associated with the Internet domain name CheapSneakersForLess.com.

This domain name could have easily been registered by Lin's assistant for under $10 through an ICANN-accredited registrar in China such as Chengdu Fly-Digital Technology Co., Inc., and could be hosted for a few dollars a month, through a shared webhost such as iPage.com.  IPage's web servers are located in Sweden, far outside of the easy reach of Nike's aggressive intellectual property lawyers in Portland, Oregon.

This maddening maze of legal and technological complexity affords Lin virtual anonymity as he deposits the sum of $15,000 that the Italians paid for his sneakers into one of many bank accounts that he owns at the Agricultural Bank of China.  He will put the remainder of the profits generated from the Internet sales into a different account.

This bank is ideal for Lin, as it has dozens of domestic branches throughout mainland China, but also maintains overseas institutions in Singapore, New York, Seoul, Sydney, London, and Tokyo, allowing Lin easy access to his funds when he travels abroad.

Of course, because each international institution claims to be a technically separate legal entity, Lin isn't particularly concerned that any of his accounts are exposed to potential foreign creditors, such as Nike, even if one of any of those accounts could somehow be connected to his workplace.

Of course, no one account is listed in connection to any company that has a clear legal relationship to Lin.

If one were to even begin to try to untangle the international maze built by Lin, it would take hundreds of hours and tens of thousands of dollars in legal fees and investigative expenses, with no one account containing more than $15,000 in it.

All told, Lin's ninety-two accounts at this bank alone total assets of over $1,000,000, mostly generated from the manufacture and distribution of fake sneakers.

You see, Lin's desire is to someday move to the United States and buy real estate and start his own fashion brand.
Posted by Joseph C. Gioconda, Esq. at 10:55 AM No comments: