Can a Valid Trademark Exist in Connection with the Illegal Drug Trade?

Washington State-based Diego Pellicer claims to be the first retail brand in the United States focused exclusively on "legal, premium marijuana for pleasure and creative pursuits."

On its website, Pellicer states:  "It is important for us to emphasize that everything we do, is and always will be, completely legal. While the federal government has not yet weighed in officially on how it will respond to Washington State’s Initiative 502, we are committed to building our business under the assumption that the federal government will permit us to operate in the states of Washington and Colorado, and eventually other states, as they adopt their own specific initiatives.  We believe the writing is on the wall that marijuana will become legal in the entirety of the US in the next decade or so."

However, Pellicer's trademark attorneys may have gone too far, at least if the U.S. Patent and Trademark Office has anything to say about it.

In a recent "Intent-to-Use" trademark application filed with the U.S. Patent and Trademark Office, Peter M. Lukevich, Esq. of Apex Juris PLLC, filed a sworn statement that Diego Pellicer has the bona fide intent to use the trademark "DOT BONG" in the next six months in interstate commerce, in connection with, among other things, "medicinal herb extracts" in International Class 5 and "retail store services featuring medicinal herb extracts, dried herbs, herbs for smoking, cigarette rolling papers, smoking pipes, lighters for smokers" in International Class 35.

The Trademark Examiner who was assigned to Pellicer's application has initially refused registration.  The Examiner cited various cases and laws providing that, to legally qualify for federal trademark/service mark registration, the use of the proposed mark in commerce must be lawful, and that any goods or services to which the mark is applied must comply with all applicable federal laws.

In addition, the CSA makes it unlawful to sell, offer for sale, or use any facility of interstate commerce to transport drug paraphernalia, i.e., “any equipment, product, or material of any kind which is primarily intended or designed for use in manufacturing, compounding, converting, concealing, producing, processing, preparing, injecting, ingesting, inhaling, or otherwise introducing into the human body a controlled substance, possession of which is unlawful under [the CSA].”  21 U.S.C. § 863.

Therefore, the Trademark Office initially concluded that, because Pellicer's goods and/or services appear to be expressly prohibited by federal narcotics laws, the applied-for mark, as it is apparently intended to be used, would not be a lawful use in interstate commerce.

When we spoke with Pellicer's lawyer by telephone today, he noted that there are medicinal herb extracts other than illegal narcotics that could conceivably fall within Class 5. The Examiner had cited Pellicer's rather extensive website discussing the company's affinity for, and advocacy of, marijuana.  It is yet to be seen if the Examiner becomes convinced otherwise. 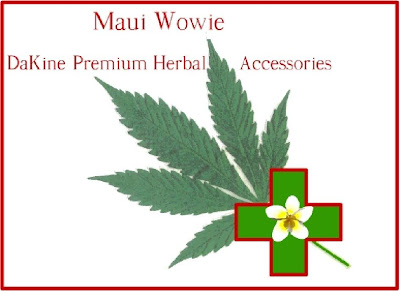 Furthermore, Pellicer's lawyer notes that there are discussions underway between Attorney General Eric Holder and the States of Washington and Colorado regarding how the federal authorities plan on handling the states' respective initiatives to legalize marijuana.

Notwithstanding these ongoing negotiations, it appears relatively unlikely that the entire United States would witness a complete reversal of the decades-old policies criminalizing marijuana in the next six (6) months.

There is sketchy precedent for the issuance of trademark registrations on otherwise banned narcotics, and those precedents were short-lived. In 2005, the Trademark Office issued a registration for "MAUI WOWIE" in connection with a variety of "smoking articles" in Class 34.

However, in 2012, that trademark registration was apparently cancelled after the Registrant did not file an acceptable statement of use.

It is worth noting that in 2005, the Trademark Office had apparently accepted a specimen of the applicant's use that looks like a medicinal herb prohibited by the CSA.
Posted by Joseph C. Gioconda, Esq. at 5:24 PM No comments: